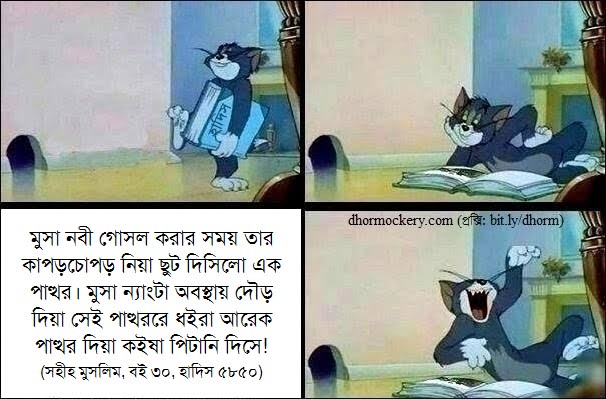 মূল হাদিস
Abu Huraira reported that Moses was a modest person. He was never seen naked and Banu Isra'il said: (He was afraid to expose his private part) because he had been suffering from scrotal hernia. He (one day) took bath in water and placed his garments upon a stone. The stone began to move on quickly. He followed that and struck it with the help of a stone (saying): O stone, my garment; O stone, my garments, O stone; until it stopped near the big gathering of Isra'il, and this verse was revealed (pertaining to the incident): "O you who believe, be not like those who maligned Moses, but Allah cleared him of what they said, and he was worthy of regard with Allah" (xxxiii. 69).